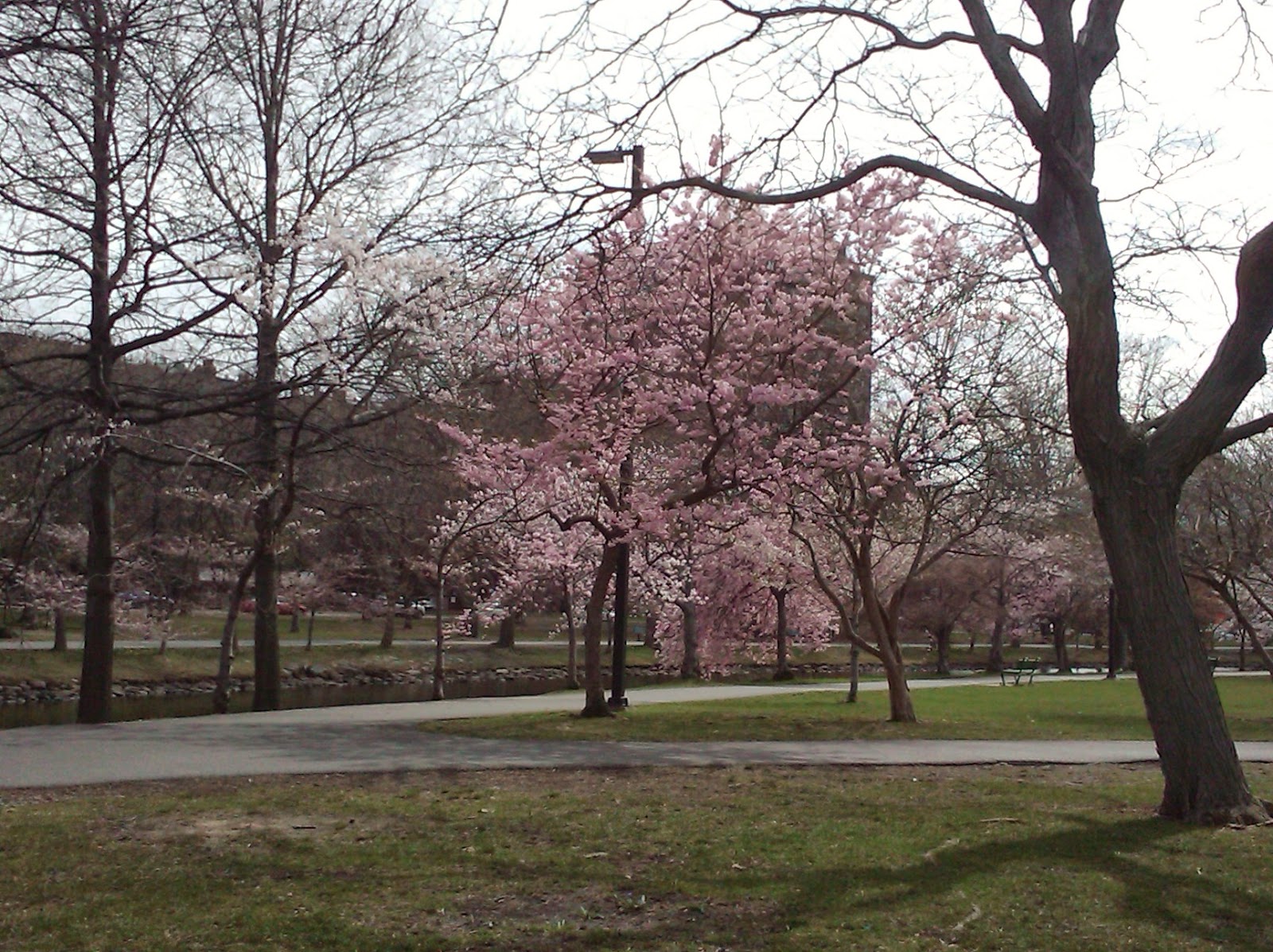 The beginning of cherry blossom season in Boston. Many varieties of cherry have flowers that conveniently color-coordinate with common allergy medications.

It took me an embarrassingly long time to connect the dots in re: cherry trees. I was aware that cherry wood was a popular option for New England furniture, and that American cherry trees did in fact produce the fruit that you eat. But being as the Japanese make a very big deal of sakura petals and New Englanders don't, I was unaware that all varieties of cherry bloom copiously in early spring, even the North American ones, until I got up one morning a few years ago and noticed that it had snowed flowers while I wasn't looking. The drifts accumulate through early-mid May. Cherry trees must grow well out here and need little maintenance, as they seem to be the default choice for things like road medians and sidewalk planters. 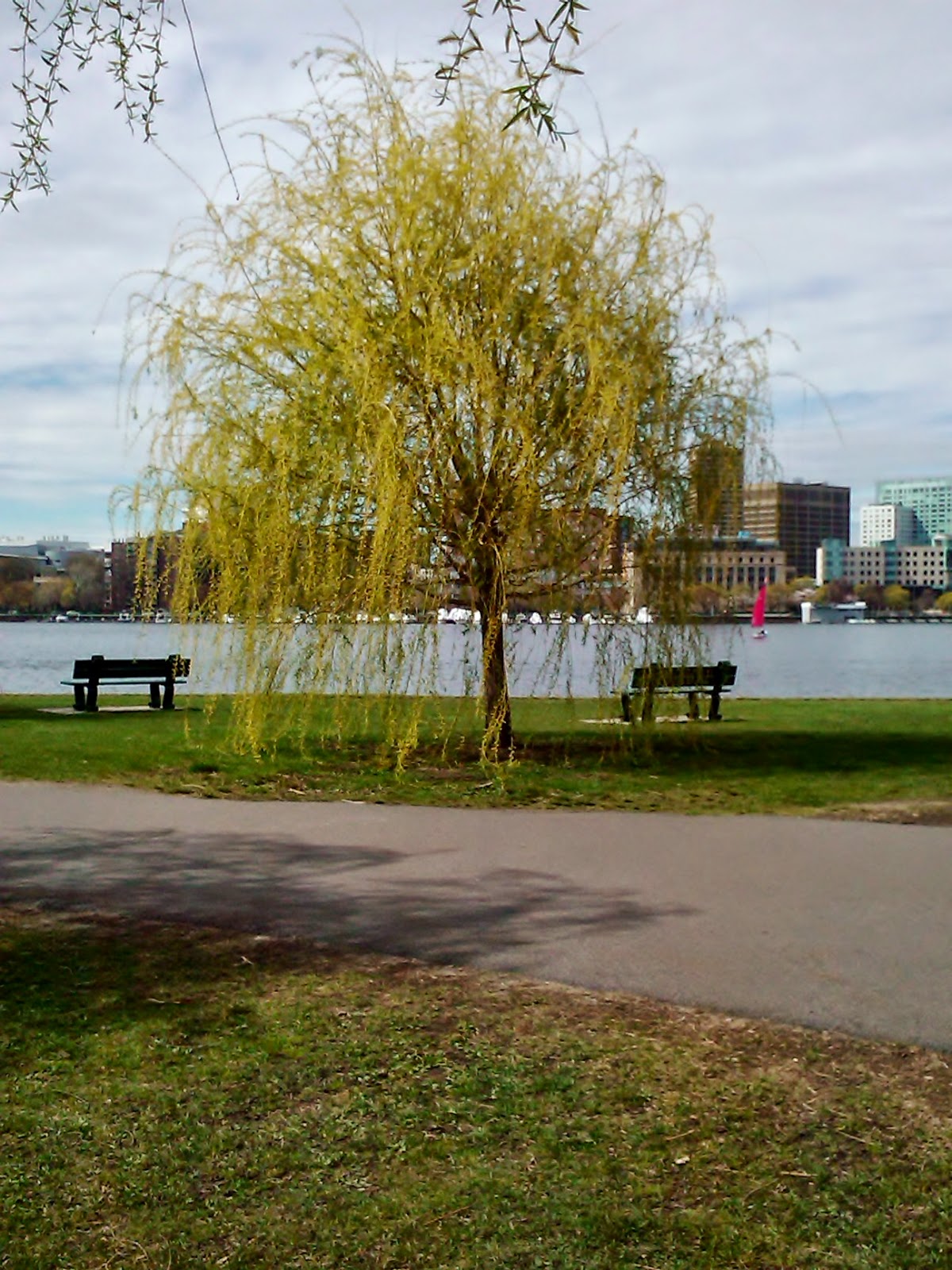 Weeping willows also bloom during 'mud season', as the locals refer to it. The flowers are yellowish-green and run all the way through the strands of 'hair' that dip down to the ground. They don't seem to smell particularly good, as the cherry blossoms do, and I am at least no more allergic to them than I am the sakuragi.

Yankees also do not make a big deal out of willow trees, so it hadn't even crossed my mind to wonder if they had those out here before I moved. I probably could have guessed; I know Wind In The Willows is English in origin, and pretty much anything that will grow in UK swampland will also grow here. Willows pop up with some regularity in Japanese artwork, where their sweeping limbs contrast to the sakura, which reaches straight out, and in archery, where willow wood is used traditionally to make arrows.

There are a few willows down by the River Charles, but there's a much larger stand of them next to the swan pond in the Boston Public Gardens. The swans are usually magnanimous and will let you sit under them, although the geese are complete assholes. 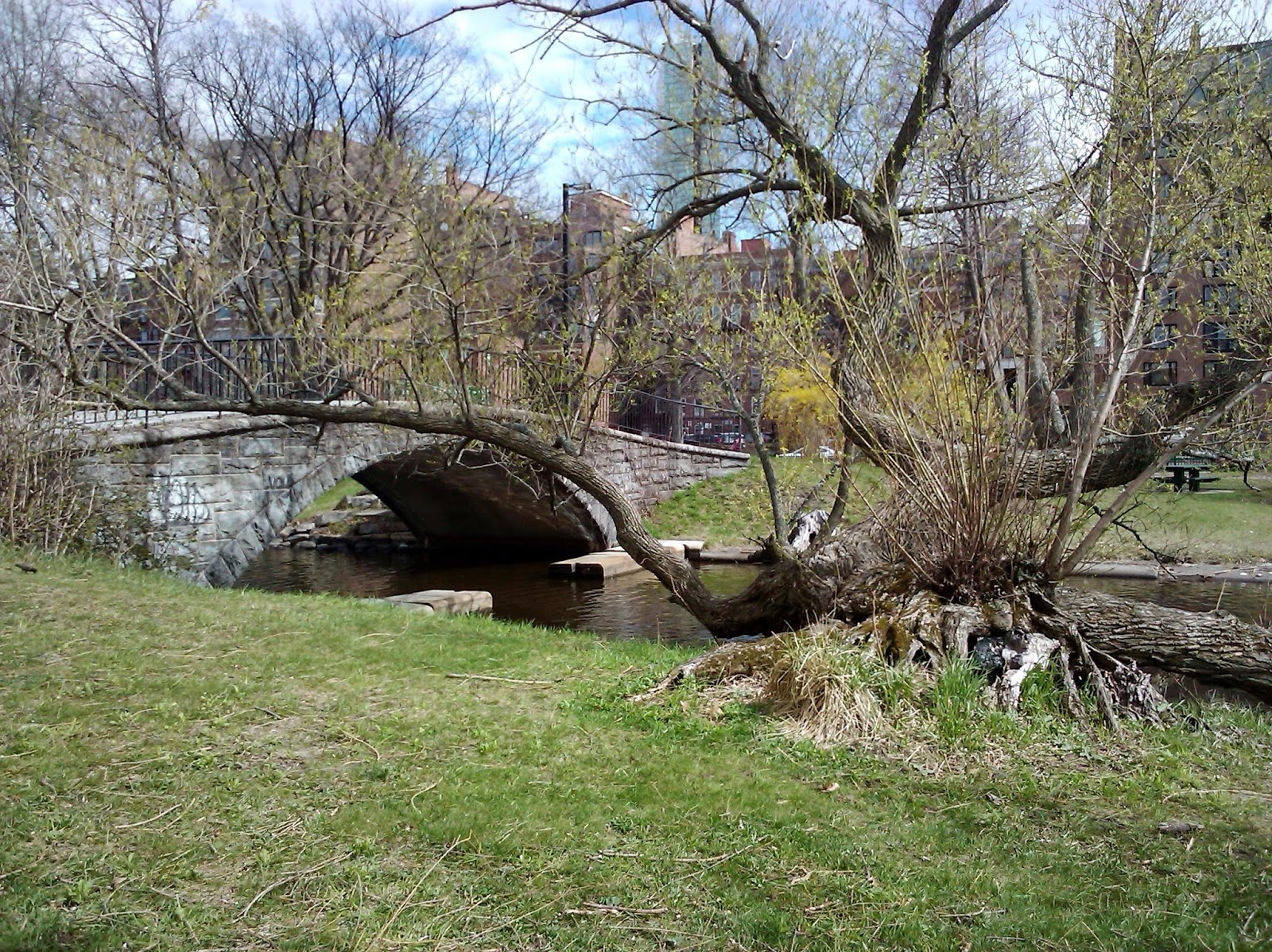 These photos are all from the Esplanade, which is the result of a large Victorian public works project that was commissioned by people who clearly did not have enough to do. If you go scare up an earlier map of Boston, that entire riverbank didn't exist; there was a lot of water, and then there was a giant dam with Boylston St on top of it, and then someone got the idea that they liked the Back Bay and there should be a lot more of it, so they leveled several hills and dumped the results right off shore. The Esplanade is a solid mile of landfill down the south bank of the Charles.

There are a lot of cherry trees there, Some of them were gifts from the Japanese government. Both the initial construction of the park (late Victorian) and the major expansion (1930s) took place during eras in which the Western world was fascinated with the Far East; I suspect this is not a coincidence. The stone bridges are -- I think -- original to the lagoon design, and about halfway between English and Japanese garden in style. 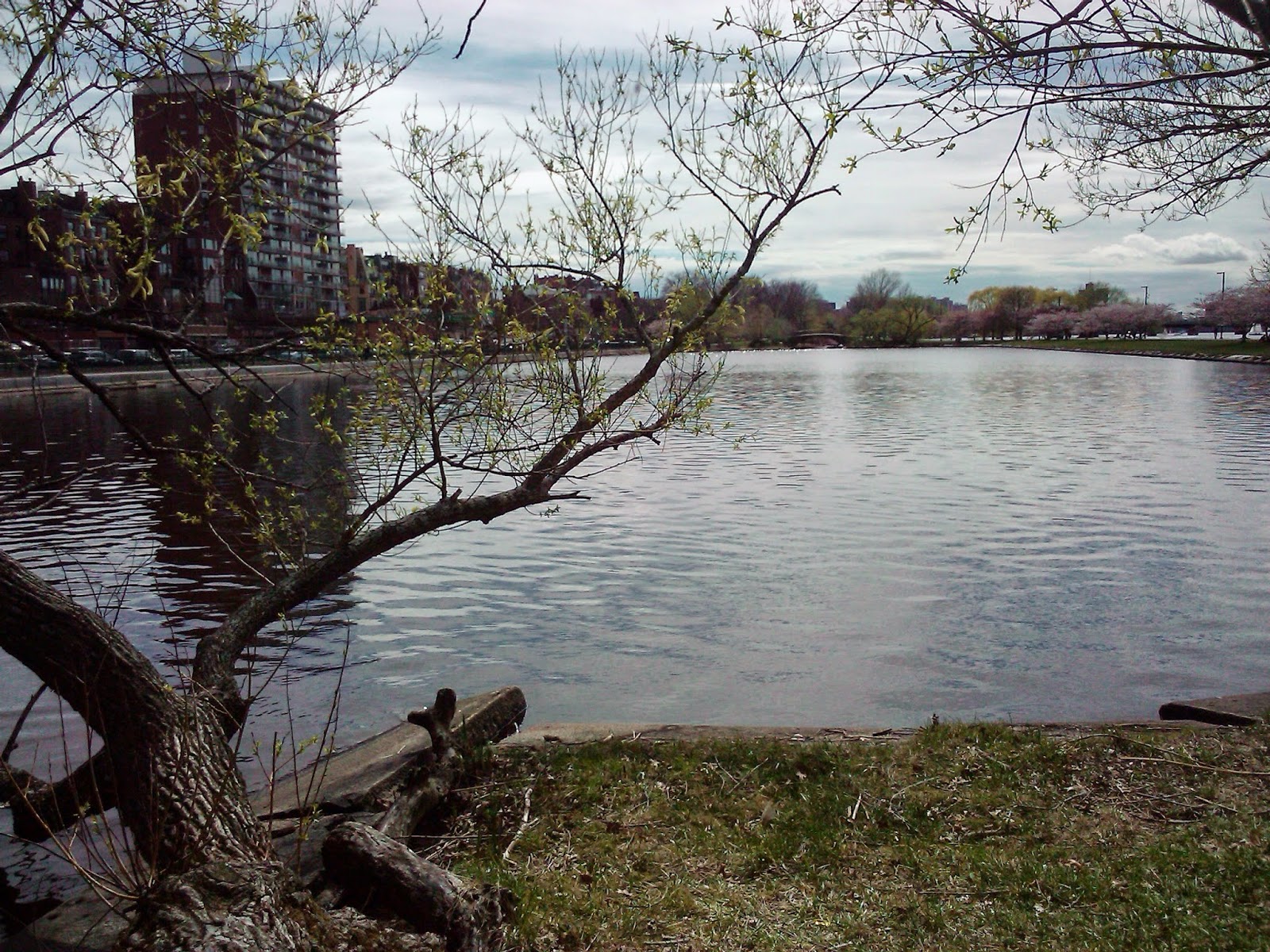 You are in fact allowed to swim in the lagoons, and in the Charles itself. I think there may be a temporary moratorium declared on that after heavy rains. (You can swim in the Mystic, too. It flows north of Somerville, and there's a similar, smaller, riverbank park that runs along it.) I personally wouldn't, but mostly because it's incredibly silty. It's not uncommon to see kids sitting on the edge of one of the docks, dangling their feet in the water, or people tossing tennis balls out into the shallows and letting their dogs paddle around.

I also see people fishing from time to time, although I don't know if anyone bothers to eat anything they catch at the city park. It does get a bit hazardous to fish or swim around late June; the lagoons get choked up with lily pads, and hopeful kayakers trying to avoid running into them.
boston kf photos